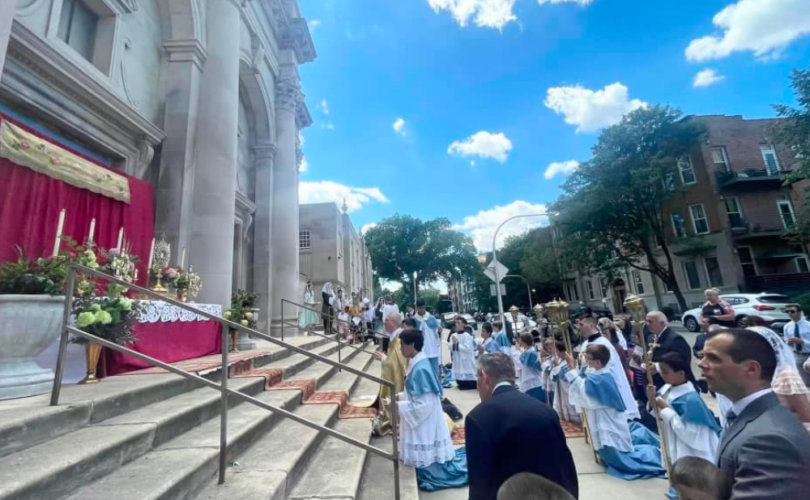 ICKSP (Institute of Christ the King Soverign Priest) Clergy and faithful in adoration outside their Chicago church, July 31, 2022.

. . . had read the letter of Cardinal Cupich announcing the suspension of the ICKSP priests as of August 1 [and had] explained to LifeSite that the reason for this suspension is that the Institute could not, in their conscience, sign a document presented to them by Cupich.

In that document, which contains several points, the ICKSP priests were asked to sign that the Novus Ordo Mass is the only true expression of the Roman rite, thereby rejecting the traditional Roman rite.

Among other things, the priests were also asked to accept that they would have to ask the archbishop for permission to celebrate the traditional Latin Mass, and that this permission…

By means of draconian cruelty they have been officially forbidden to pray as they desire according to their Catholic patrimony in their own church. This compliments of the hierarchy that boasts of mercy, Synodality, compassion, seeking the margins, listening, accepting everyone, rejecting no one, diversity.