Marvelous extended commentary here on the new Mass and its discontents. Dip into this or use it as resource. So well done.

Cardinal Malcolm Ranjith on the Liturgy and its Abuses

Albert Malcolm Ranjith Patabendige Don is a Sri Lankan cardinal of the Catholic Church. He is the ninth and current Archbishop of Colombo, serving since 2009. He was elevated to the cardinalate in 2010. He previously served as Secretary of the Congregation for the Evangelization of Peoples (2001–2004), and Secretary of the Congregation for Divine Worship and the Discipline of the Sacraments (2005–2009).

He has described the liturgical reforms inspired by the Second Vatican Council as “a mixed bag of results.” While praising the use of vernacular languages, he also criticized the “quasi total abandonment” of Latin and the “acceptance of all kinds of ‘novelties’ resulting from a secularizing and humanistic theological and liturgical mindset overtaking the West.” He has also lamented…

In for a dime, in for a dollar. What’s a church good for, anyhow? Or a bishop. What’s he supposed to do, wink?

The Bishop of Springfield, Illinois, has decreed that state legislative leaders may not be admitted to Holy Communion within his diocese, because of their work to pass the state Reproductive Health Act.

[He] also directed that Catholic legislators who have voted for legislation promoting abortion should not present themselves to receive Holy Communion until they have first gone to confession.

“In accord with canon 915 of the Code of Canon Law…Illinois Senate President John Cullerton and Speaker of the House Michael J. Madigan, who facilitated the passage of the Act Concerning Abortion of 2017 (House Bill 40) as well as the Reproductive Health Act of 2019 (Senate Bill 25), are not to be admitted to Holy Communion in the Diocese of Springfield in Illinois because they have obstinately persisted in promoting the abominable crime and very grave sin of abortion as evidenced by the influence they exerted in their leadership roles and their repeated votes and obdurate public support for abortion rights over an extended period of time,” Bishop Thomas Paprocki wrote in a June 2 decree.

The latter offense, Reproductive Health Act, 2019, surely prompted the bishop of the capital city to make this public statement. It’s something that carves into legislative stone the fanaticism of the pro-aborts, declaring it to be a “fundamental right” and putting dragon’s teeth into a truly draconian law.

Among . . . provisions that the bill would remove are regulations for abortion clinics, required waiting periods to obtain an abortion, and a ban on partial-birth abortion. In addition, it would lift criminal penalties for performing abortions and would prevent any further state regulation of abortion.

The legislation would require all private health insurance plans to cover elective abortions, and eliminate reporting requirements as well as regulations requiring the investigation of maternal deaths due to abortion.

Open season on unborn, if not (because of the no-go-zone declared for investigation) the newly born who are not wanted.

Note: Durbin had already received notice from the bishop, in February, 2018, also with reference to Canon 915.

Just heard it while at the screen with something else.

Moving for the piety-attempting soul. 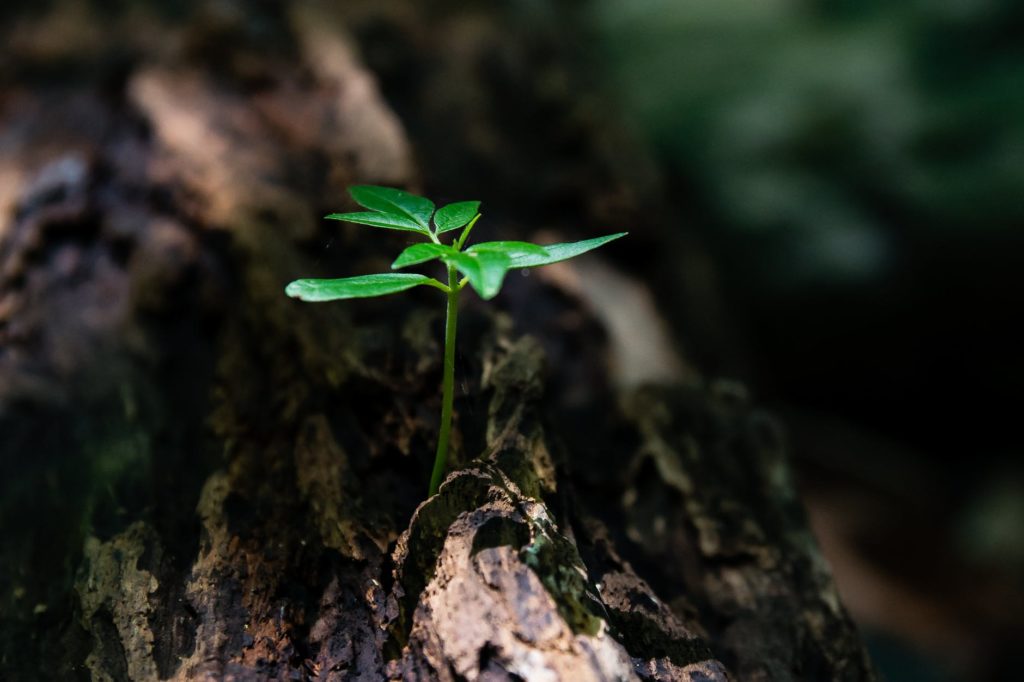 Do you ever get frustrated at the slow pace of the spiritual life? We can sometimes say to God, “Lord, I wish I was holier… and do it right now!”

The first person we must have patience with is ourselves. We are all a work-in-progress. Consider which is better — a meal from a crock pot, or a meal from a microwave? Home-cooked or frozen TV dinner? We want things to be instantaneous, but there are no shortcuts to virtue or sainthood. God wants to make sure that what He builds in our life is going to be solid and firm — thus, He takes His time! Life is a marathon, not a sprint.

I like that. It goes with my program: Deliver the body (at mass etc.), go through the motions (which may be the best you can do.) Let the rest take its way with you — but not as passive, rather intently cooperative.

“I am sure that He who began a good work in you will bring it to completion!”
— Phil 1:6